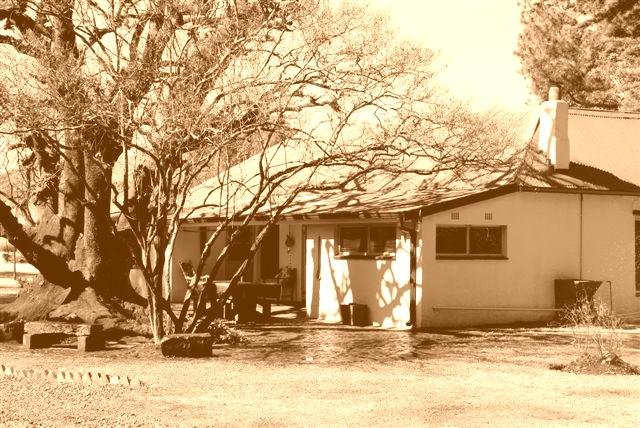 We are currently the 5th and 6th generation living on the farm.

We also have the last remaining portion of the original farm which apparently stretched from the little river along the tar road until halfway to Broederstroom.

Daniel and Anna had 5 sons and 4 daughters, all born on the farm. Among their children, the eldest son, Sarel Francois Oosthuizen (22/3/1862 – 14/8/1900) was the well-known Boer General who fought in both the First Anglo-Boer War (1880-1881) and the Second Anglo-Boer War (1899-1902). These wars are now referred to as the First and Second South African Wars. Due to his fiery red hair and ruddy complexion he was affectionately known by his burghers as “Die Rooi Bul van Krugersdorp” His youngest brother Isak Daniel Oosthuizen also fought in the Second South African War and died in battle at the age of 17.

Daniel and Anna’s youngest daughter was Elizabeth Catharina Oosthuizen (8/6/1886 – 30/11/1972) and she is the lineage by which Danielsrust has stayed in our family. She and her family were placed in the concentration camp in Krugersdorp during the Second South African War when Britain implemented their “scorched earth” policy. All the buildings on the farm were burnt down. When she was released from the concentration camp in 1901, she applied for permission to rebuild their houses and sheds. The house and sheds still stand today and Dylan van der Merwe currently lives in the original house. The house still has all the original corrugated iron on the roof, yellowwood rafters in the roof and yellowwood floors. Our sheds were originally one of the local schools in the area.

In 1904 Elizabeth Catharina Oosthuizen married Johannes Wilhelmus van der Merwe (22/5/1871 – 22/8/1931). He was a teacher who was born in Ceres, Cape Province. They had 7 children, 2 daughters and 5 sons of which one died at 2 years of age and is buried in the cemetery on the farm. While he was teaching, she ran a dairy farm and sold her milk in Krugersdorp from the Kingdon Street Dairy.

In 1999 when the Cradle of Humankind World Heritage Site was proclaimed, the farming operation changed yet again. We converted into a game farm and served as a tourist destination for game-viewing horse and quad rides for many years.

We are now still involved in the game farming side with mountain bike trails, walking trails, picnics, day functions and camping accommodation available. Please feel free to take a stroll through the cemetery. From the original settlers to current generations, the farm’s history unfolds. There are over 70 graves in the cemetery and they have all been recorded by the Genealogical Society of South Africa.

We are delighted to be able to share this with you, please respect our home and the animals that we share this pristine environment with.

We hope you enjoy your visit.